In 2008, Konshius pioneered the development of HOTS – Higher Order Thinking Skills and 21st Century Skills in K-12 schools of India. Today, many prestigious institutions across the country have the Konshius program  (previously THOTS Lab) as part of their school timetable, mandatory for all K-8 students. They have integrated  Konshius, making the development of ‘How to Think’ & ‘How to Learn’ an equally important aspect of the child development process, just as academics or physical health is.

Konshius has a hands-on, experiential progressive system for developing Thinking Skills and Learning Potential of students, much like the curriculum for academic subjects. And, Konshius  is the only program across the globe using games-based learning for this, without any  dependence on academic content.

Konshius’ games methodology creates intrinsic motivation in all students and willingness to participate in their own development. This makes Konshius an inclusive program for all types of learners. 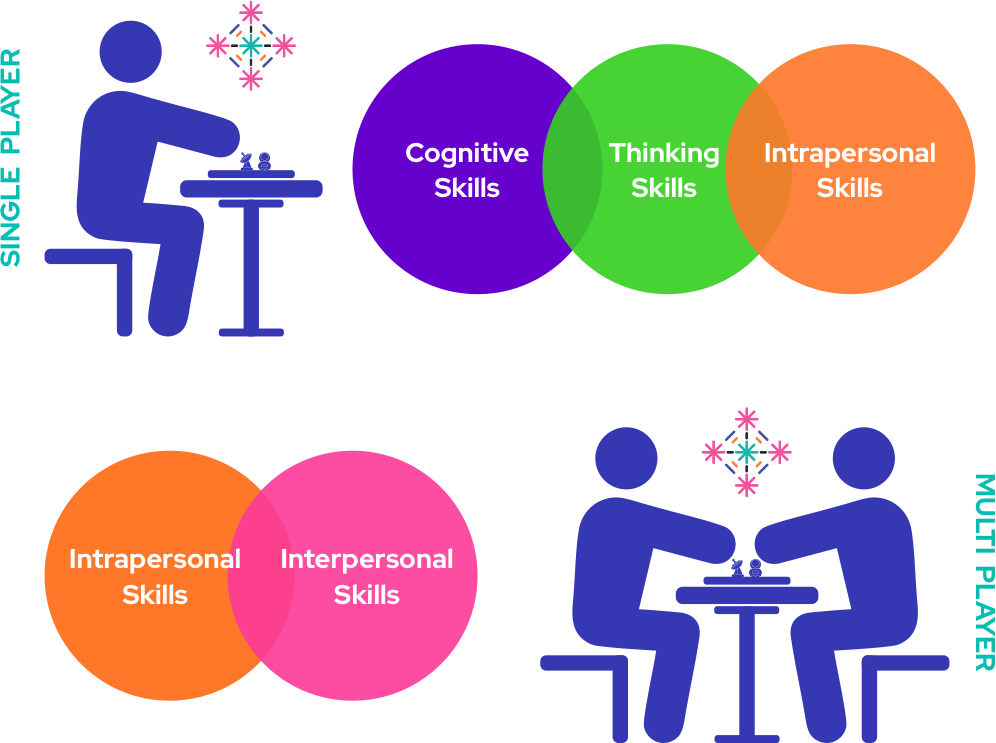 Till the time students ‘Ability to Think’ is not attuned to as demanded by the academic content, there is  always under-utilisation of their potential. This gap further fuels disparity in their thinking skills, in  addition to the diverse socio-economic-cultural or academic backgrounds they come from.

Konshius bridges this specific gap. The singular focus of Konshius is to engage Executive Functions of  every student’s brain. The research studies evidence this form of learning to be the best for students.

They learn the most important lesson that they can convert any failure into success if they work on their thinking. 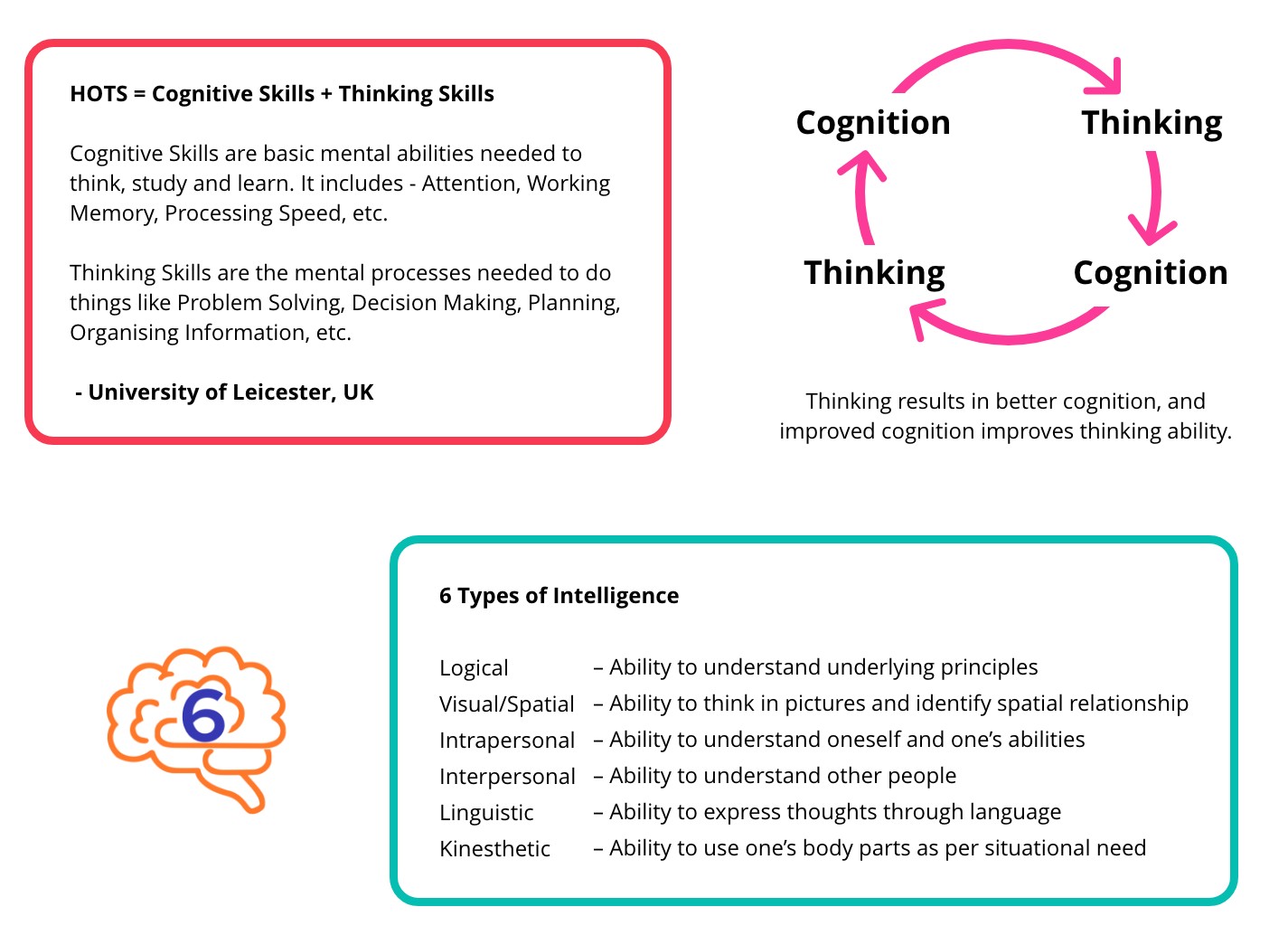 To know more about these Skills and Learning Outcomes, visit our Benefits page.

Konshius program has been appreciated by academicians, researchers, and scholars globally

The program has been appreciated by academicians, researchers and scholars of reputed  national and international institutions including University of Pennsylvania USA, M.I.T. USA,  IIM Ahmedabad India, IIT Mumbai India, and National Institute of Design, among others.

Study conducted by a Graduate scholar of M.I.T. Sloan School of Management, USA analysed and  ascertained the positive impact of ‘Konshius Skills’ on the academic performance of school children,  particularly in the academic scores of Mathematics and Language. The study, conducted with a  controlled and uncontrolled group of students, tracked their performance for 6 months,  drawing a very high positive correlation and rank improvement.

Like in Mathematics, 76% of the students reflected improvement by as high as 4 ranks in the class vis-a-vis the students who did not undergo the Konshius Program. This was  achieved just within 6 month of the program delivery.

That is why Konshius focuses on the development of Thinking Skills & Learning Potential and not on the delivery of academic subjects. Hence, the program acts as a supplement to the school’s efforts in developing the overall performance of the children. And, this change in performance starts becoming visible to the school management, teachers, and the parents within the first 3  months of program implementation.

Our methodology is centered on engaging the ‘Executive Functions’ of the child’s brain, without using any academic content, to develop Higher Order Thinking Skills and Multiple types of Intelligence as lifelong learnings.

It is scientifically structured to progress through all 4 Levels of Learning:

It brings forth the Unconscious Incompetencies within the learner

Relates the learning to varying environments for development of Subconscious Competencies

These learnings are delivered through a Five-Stage process. 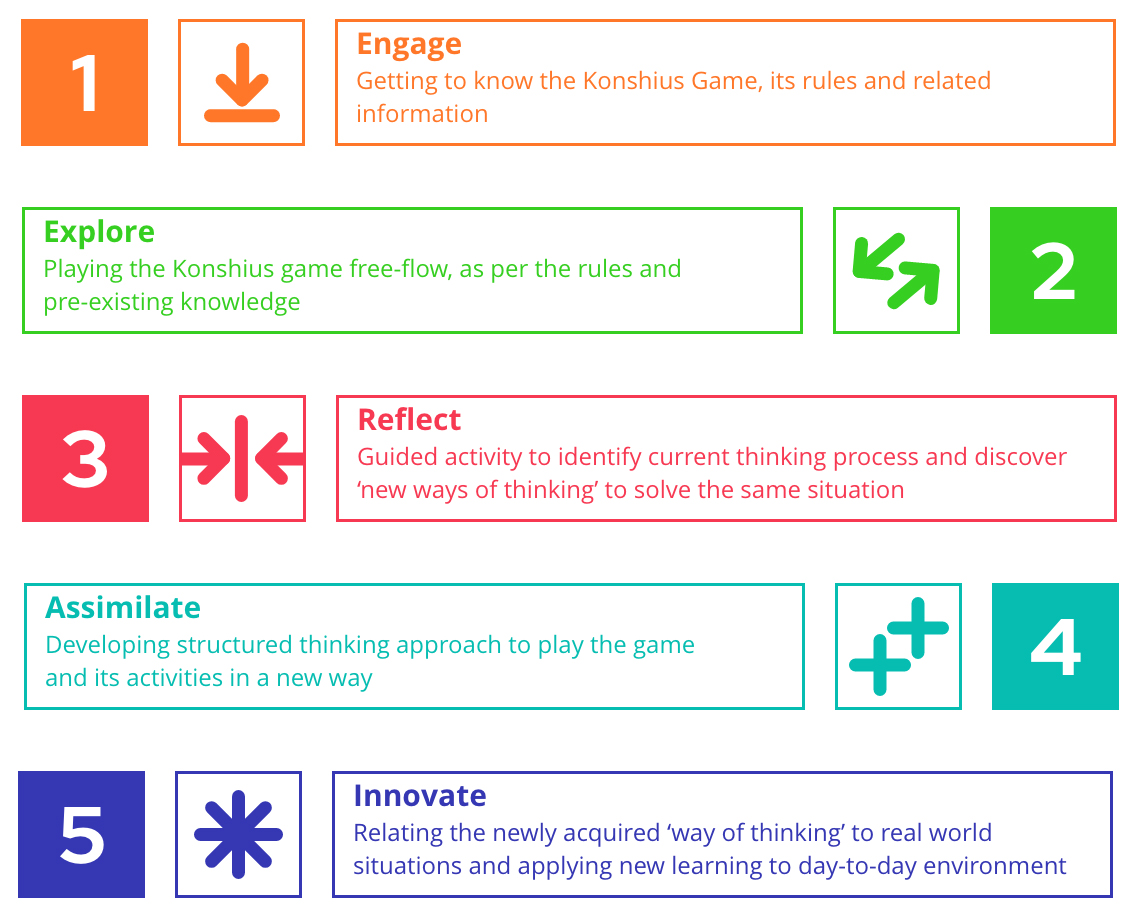 Every Konshius session goes through these 5 stages. In every session, children are guided  on a simple yet powerful process of reflecting on ‘how to think’; and realizing what could  be done different and better – all through Konshius game-play.

To know more about our Curriculum & Learning Process Design, visit our Konshius page.

make your school
a konshius school

Add the Konshius Program to the mainstream offering in your school

You have to just allocate one period a week in your timetable, everything else is undertaken by Konshius. A dedicated Konshius Trainer is assigned to the school, who works as an integral part of the school and delivers the program to the students.

This is the snapshot of what we cover in one academic year. 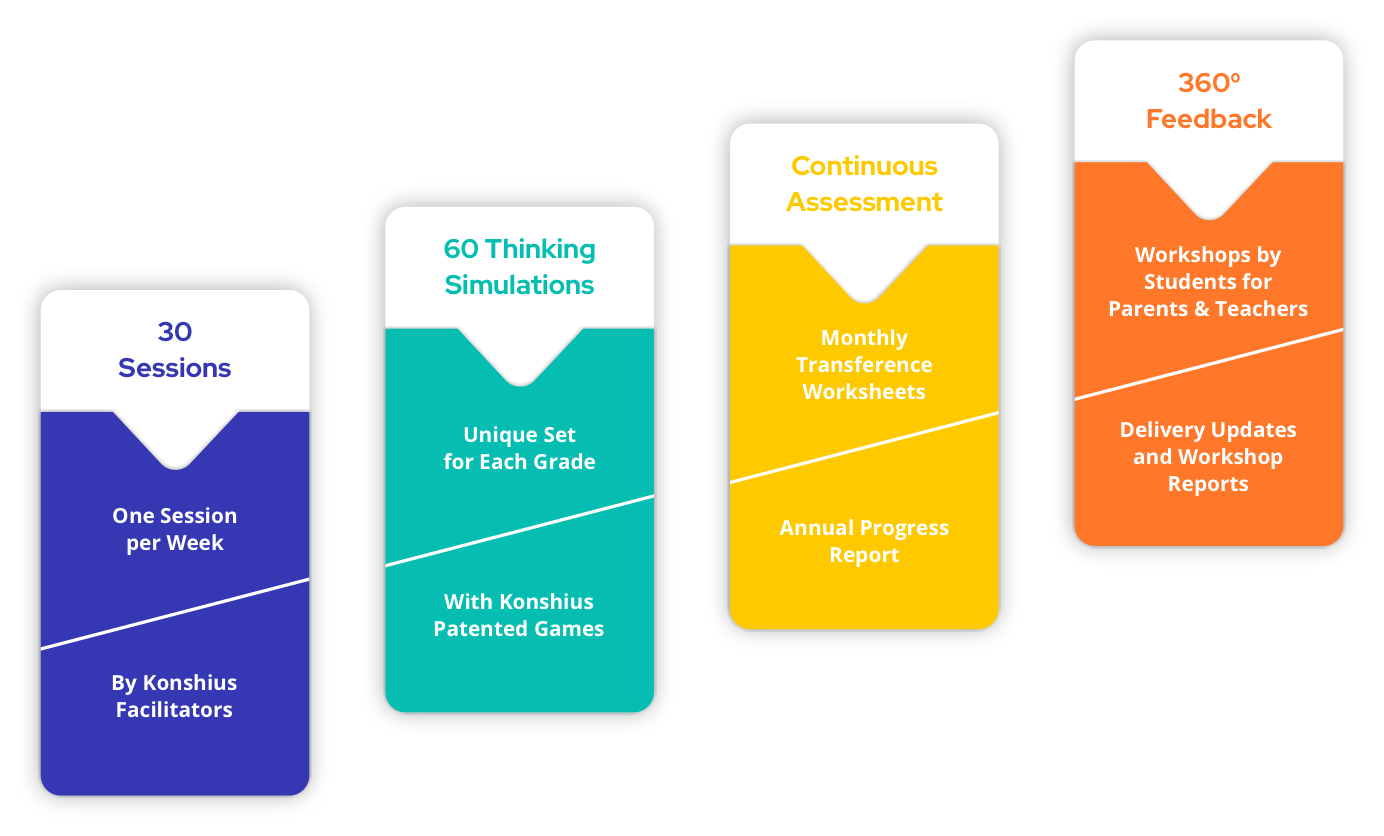 60 Thinking Development activities for each Grade

Periodic workshops for Parents and Teachers by the Konshius Trainer

These deliverables make the whole Konshius program Qualitatively and Quantitatively transparent and inclusive for every stakeholder. And, this is why various institutions have made the Konshius program a mainstream offering in their schools.

A partial list of Schools who have partnered with Konshius